New Registrar for the Court 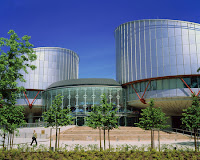 Yesterday, the judges of the European Court of Human Rights, sitting in plenary, elected a new registrar, Mr Roderick Liddell. The registrar leads the legal and administrative support staff of the Court, comprising over 600 people. They process and prepare the complaints coming to the Court for adjudication by the Court's judges. Liddell will be the successor of Erik Fribergh, who has been the Court's registrar since November 2005. This is the short biography provided by the Court on Mr Liddell's previous experience:

"A British national, born in 1955 in the United Kingdom, Roderick Liddell studied law at Oxford University. He was lawyer-linguist at the Court of Justice of the European Communities from 1982 to 1987, translator with the Council of Europe (1987) and the Registry of the European Court of Human Rights (1988), Assistant to the President of the Court in 1995 and Legal and Executive Assistant to the President on the establishment of the single Court in 1998. He then served as Head of the Private Office of the President from 2000, Head of External Relations and Communication of the Court from 2003 to 2006 and was appointed Section Registrar in 2006 before taking up his present post of Director of Common Services of the Court."