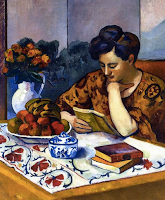 With traveling, conferences and even work in Europe and globally increasingly coming to a halt due to the current health crisis (my thoughts are with those affected), sometimes the best one can do is just to sit back and read. Please find below a new selection of ECHR-related academic publications of the last few month:

* Rosana Garciandia, ‘State responsibility and positive obligations in the European Court of Human Rights: The contribution of the ICJ in advancing towards more judicial integration’, Leiden Journal of International Law, Vol. 33, No. 1, (2020).

'The European Court of Human Rights (ECtHR) follows its own rules regarding the responsibility of states, although the international law of state responsibility enshrined in the International Law Commission (ILC) Articles on State Responsibility for Internationally Wrongful Acts (ARSIWA) remains, as general international law, relevant to its decisions. However, case law of the ECtHR shows that the Court is departing from certain ARSIWA principles as it adopts a broad interpretation of rights contained in the European Convention on Human Rights (ECHR) giving rise to positive obligations.

Exploring those trends in the state responsibility regime of the ECHR, this article argues that, by clarifying certain ARSIWA provisions, the International Court of Justice (ICJ) can play an important role by contributing to a higher degree of judicial integration on the law of state responsibility. It is desirable that the ICJ takes any upcoming opportunity to provide greater clarity on the challenges and nuances of the applicability of the law of state responsibility, in particular as it relates to positive obligations. That would contribute to a more systematic use of those rules by regional courts such as the ECtHR, and ultimately to guaranteeing a greater protection of human rights.'

* Galina A. Nelaeva, Elena A. Khabarova & Natalia V. Sidorova, ‘Russia’s Relations with the European Court of Human Rights in the Aftermath of the Markin Decision: Debating the “Backlash”’, Human Rights Review, Vol. 21, No. 1 (2020):

'Russia’s relations with the European Court of Human Rights (ECtHR) since the time of Russia’s accession to the Council of Europe (CoE) have received a lot of attention on the part of academic scholars, practitioners, and media. Research on the ECtHR became especially important in the context of the twentieth anniversary of Russia’s acceptance of ECtHR jurisdiction that coincided with the unprecedented worsening of relations between Russia and the European countries due to the 2014 Crimea annexation. With voices that consistently advocate Russia’s exit from the CoE (and, consequently, withdrawal from the ECtHR jurisdiction), we believe it necessary to examine Russia-ECtHR relations as they are (re)presented in the academic narrative. Drawing mostly on Russian-language sources, we want to highlight the variety of overarching themes and arguments relating to the crisis caused by the 2015 Constitutional Court Decision. We would like to examine various dimensions of this “crisis,” in order to be able to conclude whether Russia’s reaction to the Markin case and cases of non-compliance that followed was indeed part of a broader strategy of “backlash against international courts” we are currently witnessing worldwide. In the conditions when Russia’s exit from the Council of Europe is as likely as ever, the possibility of the “snowball effect” on the part of other member states threatens undermine the very raison d’être of the European human rights protection system.'