Miscellaneous News from the Court and the Council of Europe 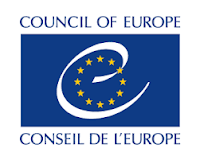 A number of developments to note at the Court and the Council of Europe this time. This week, the Parliamentary Assembly elected two new judges to the European Court of Human Rights. In respect of Germany, Anja Seibert-Fohr, was elected. A well-known figure in the human rights field, she is currently professor of public law, international law and human rights law in Heidelberg and until last year was a member of the United Nations Human Rights Committee. In respect of Estonia, Peeter Roosma was elected. He is currently a justice of Estonia's Supreme Court. But he is also very familiar with the ECHR, as he worked in the European Court of Human Rights between 2004 and 2016 as a lawyer and non-judicial rapporteur. Since then, he has been one of the Estonian ad hoc judges in the Court. He has also been a member of the Venice Commission. Their terms of nine years will start in January 2020.

There will also be some internal reshuffling at the Court, as a new deputy registrar has been elected, Marialena Tsirli. With a long track record in the Court (and before that in the European Commission of Human Rights), she encapsulates a lot of experience in the Strasbourg system. Her term will start on 1 July when she will succeed Françoise Elens-Passos, who has been the deputy registrar since 2015. Secondly, Paul Lemmens, the judge in respect of Belgium, has been elected as section president. His two-year term will start on 20 September.

On the procedural front, on 3 June, the Plenary of the Court adopted the newest version of the Rules of Court, which regulate its internal functioning and procedures.

It was also a very turbulent week for the international organization of which the Court is the crown jewel - the Council of Europe. On 26 June, it announced the name of its new Secretary-General. The Parliamentary Assembly elected the current Minister of Foreign and European Affairs, Marija Pejčinović Burić. She obtained an absolute majority of 159 out of 264 votes cast in the first round against 105 for her competitor, the Belgian Minister of Foreign Affairs Didier Reynders. She will succeed current Secretary-General Thorbjørn Jagland on 24 September, starting her 5-year term. For Reynders it is not the first time he fails to get elected or appointed for a European top position. Conspicuously, the election happened after the Parliamentary Assembly had voted to restore the voting rights of the delegates of Russia, which had been suspended following the Russian annexation of the Crimea. With financial, political and, of course, human rights challenges, this promises to be a tough time to head the organisation. But at least, the Council of Europe sorted out its leadership - something the European Union is still negotiating about at this very moment.
Geplaatst door Antoine Buyse op 19:17