Recent Publications and Conference Reports on the ECHR 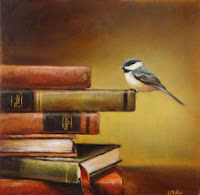 In the midst of Summer (although the weather here in the Netherlands does not reflect that), please find below a number of recent publications on the European Convention of Human Rights:

* A very interesting research paper on SSRN that I was made aware of at last week's ICON conference in Copenhagen: Mikael Rask Madsen, 'Rebalancing European Human Rights: Has the Brighton Declaration Engendered a New Deal on Human Rights in Europe?', iCourts Working Paper Series, No. 100:

Has the Brighton Declaration produced a New Deal on European human rights in terms of engendering a new and more central role to national legal and political institutions? A greater subsidiarity? Against the backdrop of a systematic exploration of the case law of the European Court of Human Rights (ECtHR), the articles concludes that the ECtHR is indeed providing more subsidiarity following the Brighton Declaration. It does so by a greater use of the terms “margin of appreciation” and “wide(r) margin,” and particularly with regard to two areas of law: Art. 8 on the right to privacy and Art. 35 on access to the Court. However, as the article further demonstrates, this increase in subsidiarity is very uneven across the member states. The old Western member states generally benefit far more from these new directions in the ECtHR’s jurisprudence. But contrary to popular belief, vocal critiques of the system are not given more deference according to this analysis. A final more general conclusion follows from these findings, namely that the ECtHR is receptive to political signals and does not operate in isolation from politics as it is often claimed. Although currently merely soft law documents, the Brighton Declaration and associated Protocols have triggered change at the Court in the direction set out in these documents and events. This has theoretical implications for the understanding of the evolution of international courts.

* A recent conference in Strasbourg entitled “Promoting dialogue between the European Court of Human Rights and the media freedom community. Freedom of expression and the role and case law of the European Court of Human Rights: developments and challenges" has led to an E-Book by the European Centre for Press and Media Freedom. The online publication deals with : (1) defamation, privacy and the processing of personal data, (2) investigative journalism in relation to news gathering, access to official documents and the importance of the protection of sources and whistle-blowers, as well as (3) the right to protest and the role of the media during protests.

* A short reflection on a recent conference in the UK over at the UK Human rights Blog, written by Luxu Moxham, entitled 'Implementation of ECHR judgments – have we reached a crisis point?'.

* And finally, a short report by Anne-Katrin Speck of the conference on Principled Resistance and the ECHR, which took place early June at the University of Konstanz, where I participated in the final round table.
Geplaatst door Antoine Buyse op 18:41 No comments: