Article on the Haas Judgment on Facilitating Suicide 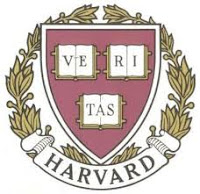 Daniel Rietiker, working at the registry of the European Court of Human Rights, has published an article on the Haas case in the Harvard Human Rights Journal (vol. 25, 2012) entitled 'From Prevention to Facilitation? Suicide in the Jurisprudence of the ECtHR in the Light of the Recent Haas v. Switzerland Judgment.' This is the abstract:

To talk about suicide is not an easy task, even in a modern and open society. It is even more difficult for a judge to deal with this issue. More difficult still is the task of deciding such a case on an international level, far from the realities of the facts and the suffering of the people concerned. The moral and ethical considerations may vary considerably from one country to another. The judge may face a broad range of situations, from cases where she must decide whether the authorities did enough to prevent a fragile person from committing suicide, to cases where she must decide whether the authorities were entitled, or even obliged, to facilitate the suicide of a person willing to die. The aim of this Article is to explain the dilemma the European Court of Human Rights (“the Court”) has faced when it has been confronted with situations involving a risk or act of suicide, and to show how the Court has dealt with these cases.
Geplaatst door Antoine Buyse op 10:52