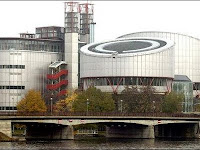 The implementation of the Court's judgments on the national level is not getting better, to say the least. In fact, 36 of the 47 state parties to the European Convention are now failing to timely implement the Court's judgments. Those are the main conclusions of a report presented last week by Parliamentary Assembly rapporteur Christos Pourgourides. The report is based on a list which shows countries which have either not fully implemented within five years (paying of compensation and/or change or policy or laws) or which "reveal major structural problems". According to the rapporteur this is much worse than previously. He has drawn up a list of problematic implementation cases. One may note that the list contains state parties from all over Europe, both from from original signatories of the Convention and from more recently ratifying countries. All in all, a very worryig trend. Mr Pourgourides rightly calls on his PACE colleagues to raise this matter in their national parliaments.
Geplaatst door Antoine Buyse op 10:16

Congratulations! Your readers have submitted and voted for your blog at The Daily Reviewer. We compiled an exclusive list of the Top 100 Netherlands Blogs, and we are glad to let you know that your blog was included! You can see it at http://thedailyreviewer.com/top/netherlands

You can claim your Top 100 Blogs Award here

P.S. This is a one-time notice to let you know your blog was included in one of our Top 100 Blog categories. You might get notices if you are listed in two or more categories.

P.P.S. If for some reason you want your blog removed from our list, just send an email to angelina@thedailyreviewer.com with the subject line "REMOVE" and the link to your blog in the body of the message.

Poor implementation of the Court's judgments is a very significant problem. As someone who has been a successful party in a case before the Court, I would emphasize that corrective legislation and/or payment of nominal damages (a real mystery) should not be considered full execution of a Court judgment. The people who win their cases are real victims, and they should enjoy redress that is meaningful. If ECHR judgments are in reality merely interesting policy suggestions, the promise of the European Convention is being disrespected in a most profound manner.