The Perils of an Interview 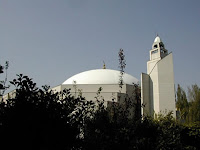 Being interviewed in a newspaper can have serious consequences. Such was the experience of Nadji Chalabi in whose case the Court recently issued its judgment. Chalabi was a former member of the Board of Directors of the Grand Mosque of the French city of Lyon. In an interview with a local magazine he criticised the director of the Mosque, calling his management dodgy and observed that he lacked knowledge about Islam. The director won a defamation case against Chalabi and Chalabi was ordered to pay damages to him.

The European Court unanimously found a violation of Article 10 in this case. It held that the question of the management of a religious institution was a question of public interest both to the religious community involved and the public at large. This led to a higher level of protection of the expression concerned. Moreover, it labelled the director as a public figure due to his representative and institutional functions. The remarks of Chalabi should be seen as a value judgment which had a sufficient factual basis: an investigation by the authorities was carried out at the relevant time concerning possible misappropriation and fraud. As to the wording of the comments, the Court did not find them clearly insulting. Thus the conviction of Mr Chalabi had been contrary to Article 10.

In my view, the case is notable in three respects. First, it shows that the wheelings and dealings of religious communities concerning their management and funding (as opposed to their religious functions) are considered by the Court of public interest. Thus, it cannot be claimed that such matters are only of internal concern to the community concerned. This means that public debate on such issues receives a higher level of protection under the Convention than would otherwise be the case. Secondly, a public investigation or ongoing judicial proceedings against a person may serve as a sufficient factual basis for non-excessive value jugdments about that person, nothwithstanding the presumption of innocence. Thirdly, leaders of religious communities who publicly represent their constituencies are considered to be public figures under the Convention who should be able to cope with more criticism than the average person. The Court has already often stressed that point in respect of e.g. politicians, but now explicitly broadens the notion to religious leaders who operate in public.

Although the judgment is available only in French, a press release on the case can be found here. For the involved magazine's (Lyon Mag) own reporting on the case, click here.
Geplaatst door Antoine Buyse op 15:35 No comments: 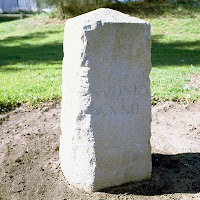 This month the European Court of Human Rights reached a remarkable milestone. On 18 September it delivered its 10,000th judgment, both a testimony to the Court's very high efficiency as well as a sad reminder of the enormous case load - and the underlying human rights problems. Far gone are the days when ECHR presidents claimed that the Court had a busy year when it issued more than five judgments. Ever since its first judgment (Lawless v. Ireland) in 1961 the Court's output has been increasing, especially since it became a full time Court in 1998. Out of the 10,000 judgments, 4,000 alone were delivered in the last three years! No wonder that president Jean-Paul Costya emphasized in a statement at the occasion of the milestone that the real solution is to be found in an increased national protection of human rights.

Pending reforms (under the new Protocol 14 and in other ways) the future looks rather grim in this respect. At this moment the amount of currently pending applications is ten times higher than the total of all ECHR judgments and is nearing the sad 100,000 benchmark. Perhaps symbolically, the 10,000th case (Takhayeva and others v. Russia) was another Chechnyan disappearance case, no doubt not the last one...

With this post this blog is resuming after its summer break. More posts on recent ECHR judgments will follow later this week.
Geplaatst door Antoine Buyse op 17:45 2 comments: